Lest not the music-consuming public forget Blue Vein, we are cataloging them here despite the fact that their sole 7” record from 2004 is long out of print. The project practiced exactly twice, at the infamous Redford Lofts, during which time they wrote and recorded two songs. “Kissing the Bottle” is an adequate slop-rock barnburner bemoaning “I’m fucked three ways to Sunday/seeing Jesus faces in a glass of Bombay,” which may have been happening at the session, yet it is the single’s A-Side, “Daisy Miller,” that exemplifies what this prurient powerhouse could have been. Perhaps the finest song of the early 2000s (not only by a DPA act but by any artist the world over), “Daisy Miller” is now rightfully a thing of legend, yet squabbles over publishing have kept this single out of print, available only to the most dedicated collectors willing to shell out upwards of $700 for a two-song 45.

DPA is considering a petition to get the principle members of Blue Vein in a room again, in hopes of coming to a peaceful consensus re: who, exactly, wrote the infamous and infinitely lucrative song. For now, we can only lament that it is to the disservice of music lovers worldwide that this music is not universally accessible. Such is the hubris and megalomania of the members of this should-have-been band of deranged genius. 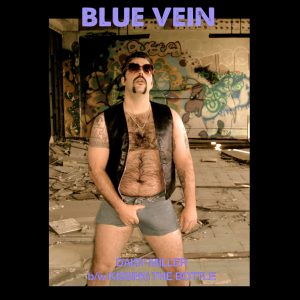