Singer/guitarist/songwriter Kevin Brace and bassist Jay Vogel had played together in Inside Five Minutes, as well as the acoustic ensemble Whiskey Tenor. It had been many years, though, since Brace had fronted a full-volume rock band. His return to this role in 2015 was surprising and possibly, if one is to judge by the band’s recordings, born of fury and a desperation for distorted melody. The big surprise, though, is how well the band (including Few and Far Between drummer Brian Galindo) took to reengaging their big-rock roots. There are hints the hook-driven brain-melt of Dinosaur Jr. with occasional nods to Midwestern classics like the MC5, but the Lion’s choruses roar in ways that seem unintentionally designed to get a beer hall chanting along.

The band played a limited number of shows as a three piece, adding second guitarist Andy Pfeiffer prior to recording an EP at High-Bias Studio in 2017. They broke up amid the recording process and the tapes sat until the Covid-19 pandemic when DPA took them into our laboratory and mixed/mastered the session. The resulting 7-Song self-titled mini-album (featuring two older recordings) is now available for your listening pleasure. 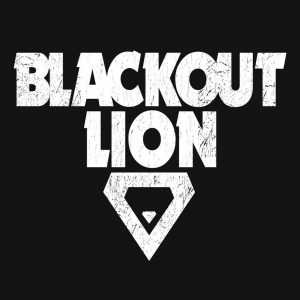