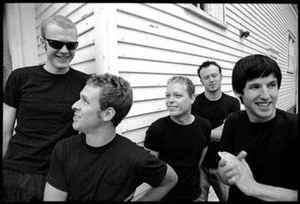 Our white-coat technicians have brought their laborious task of developing an entirely audio-expressive unit capable of translating sound and movement into a tangible, mechanical device for both learning and entertainment to a triumphant close; the design of a more modern musical collective has been completed. The result, our finest product to date: the BIDDY/BIDDY/BIDDY COMMUNICATION COMMUNE. At the hands of science and technology, we have constructed a better, more intelligent, and more productive BIDDY/BIDDY/BIDDY Performance System. There now exists a musical and mechanical ensemble capable of five times the average memory and can perform at optimum levels for years to come.

Just as logic is defined as the science of correct reasoning, the BIDDY/BIDDY/BIDDY COMMUNICATION COMMUNE is defined as a formula expressed in the scientific notation of electrical guitars squared, bass machine, drums, sampler, and numerous vocals. Though not initially documented as an official DPA release, the engineers at BIOLOGIC have found that, through years of intense research, this is the most superior of communication formats, and are very proud to bring you this fine product. The unit, in its entirety, has been designed to include five completed prototypes; each a crucial part of the finished product.

The chants and urgencies that echo from the teeming masses of supporters, investors, and sympathizers, accentuate the new politic that screams to be designed. Chaos is now on the musical and technological forefront and it can now be understood that this engineered commune is indeed the wave of the immediate future. The dances, the moves, the logistics, the anthems, the voice, the static; all submitted as an audible threat to the non-alert. Truths expressed numerically and musically about your future, past, and present, are all carefully incorporated into the BIDDY/BIDDY/BIDDY sound; complete with beats, melodies, and message. The dances–hypnotic. The sound– liberating. We must alert the sleeping consumer and rouse the resting machines…welcome to the new mechanical truths of 2049. Enjoy yourself, Human; your orders are to purchase and press play.

SKILLS TEST # 005752-P
To the best of your ability, please arrange the following in an order of least-to-most importance:

A. THE SPECIMEN IS NOW TIRED AND WEAK
B. THEY REMEMBER
C. SHE LOOKED AT HERSELF IN THE MIRROR
D. BABIES OFTEN TALK TO THEMSELVES
E. WE DIDN’T BLAME OURSELVES
F. HE CUT HIMSELF
G. EMOTIONS SEEM TO BE COMPUTER CONTROLLED
H. YOU FEEL HAPPY AND LOOK JUST LIKE THEM 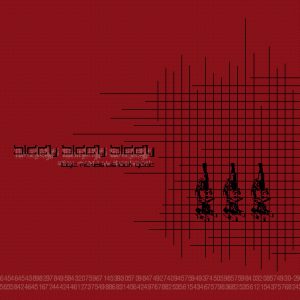