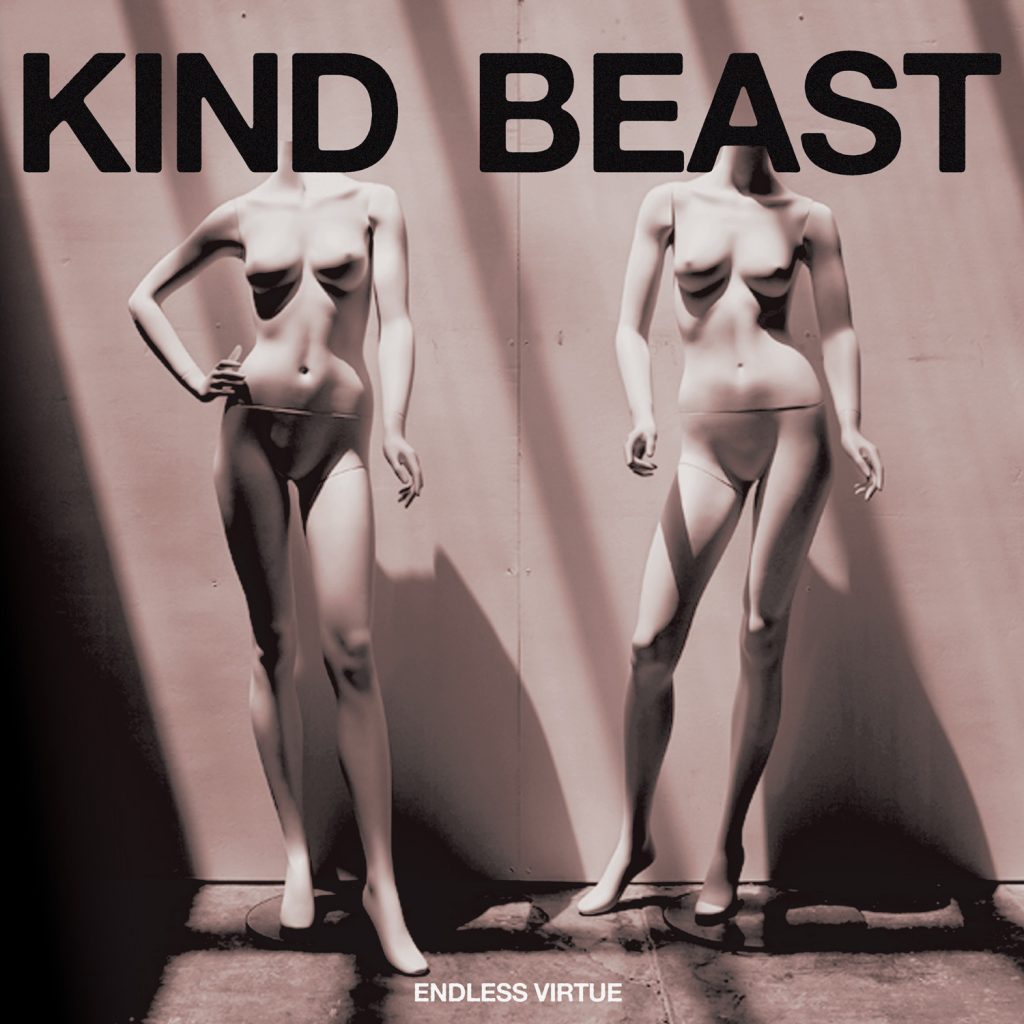 The band’s debut four-song EP, Endless Virtue, was recorded that October at Hi-Bias Studio, with a record release show planned for late spring, 2020. With live performances cancelled due to the Covid-19 lockdown, the band continued writing for their debut LP, opting to release the EP anyway. It will be available on Down Peninsula Audio 12” and digital-download on August 3rd, 2020.

Endless Virtue is the moodiest of guitar rock, striking the band’s nighttime vibrations and conveying their sense of minor key melody. It bears very little indication of Hoen and Jaquint’s roots in late-‘90s hardcore (as members of Thoughts of Ionesco and Small Brown Bike respectively), but reveals instead how completely they’ve abandoned the bombast of youth for more sophisticated grooves. Opening track “Matriarch” is a simple rhythmic propulsion that, having reminded Hoen of a particular walk to the subway, tells an elusive story of a rather confounding commute and arrival to a “concept art” opening at a high-falutin Bushwick gallery. “On my walk to the train I saw godhead shapes,” goes the lyric, before depicting, “A millionare’s daughter gets rich selling serpents.”

“Summertight” meanwhile, is a Zeppelin-in-the-redroom banger whose themes couldn’t be more apparent. “Oh that,” Hoen tells Nite Times Magazine, “is about consensual lovemaking in the summertime… or maybe the anticipation of doing so.” Pressed for deeper comment, he replies, “No, that’s just about all there is to it and I’m pretty sure there’s about a thousand other really good songs about the exact same phenomenon, but this one is set in Flatbush, Brooklyn.” “Giving Tree,” a noir-tinged cruise, is the EP’s centerpiece, an understated outsider ballad that opens with the line “Nietzsche quoted on her mirror/lipstick red, pentacle smear,” and seems to be a meditation on being exposed to haunting new chambers in the never-ending maze of love. Its middle section erupts in a garagey jam as the line “This comes close to sin,” builds into a screamed chant of “Sure enough.”

The closing number, “Joy Survives,” hints at a kraut-inspired groove before the chorus provides possibly the EP’s most easily digestible hook with the line “There is no sorrow in your smile/however dark the night/your joy survives.” “That one,” says Hoen, “is about a particular person who’d been raised in relative deprivation on Long Island and whose inextinguishable spirit and will to live a life of enjoyment and inspiration seemed to merit a tribute.”

Early reviews of the band’s self-released demo and shows haven’t failed to reference the ‘90s, and band’s like The Afghan Whigs or some of Queens of the Stone Age’s more delicate moments, while mentions of latter-day Arctic Monkeys and Interpol seem equally comprehensible. There are also those who point out resonances of ‘80s bands like The Church and Echo and The Bunnymen, although some KIND BEAST members had to research these groups for confirmation. Mostly, these initial four songs suggest a nascent band unafraid of guitars and perhaps willfully out-of-step with contemporary trends in independent rock n’ roll. They’ve got a little Detroit in them, somewhere, and their un-severed punk roots go deep, but their aim seems to be for the late night drive, when the stereo is turned up loud and there’s nowhere in particular left to go but ahead.

KIND BEAST has been featured on NPR. The band includes former member of The Holy Fire, Small Brown Bike, Thoughts of Ionesco, LaSalle, and Leaving Rouge. Sean Madigan Hoen is the author of Songs Only You Know: A Memoir (a Rolling Stone Magazine Best Book of 2014) as well as numerous short stories and essays. Guitarist Erik Maluchnik is a staff recording engineer at Tempermill Studios. Bassist Tom Currie services the gear of many Detroit-area musicians as the owner/operator of Detroit Amp Lab.